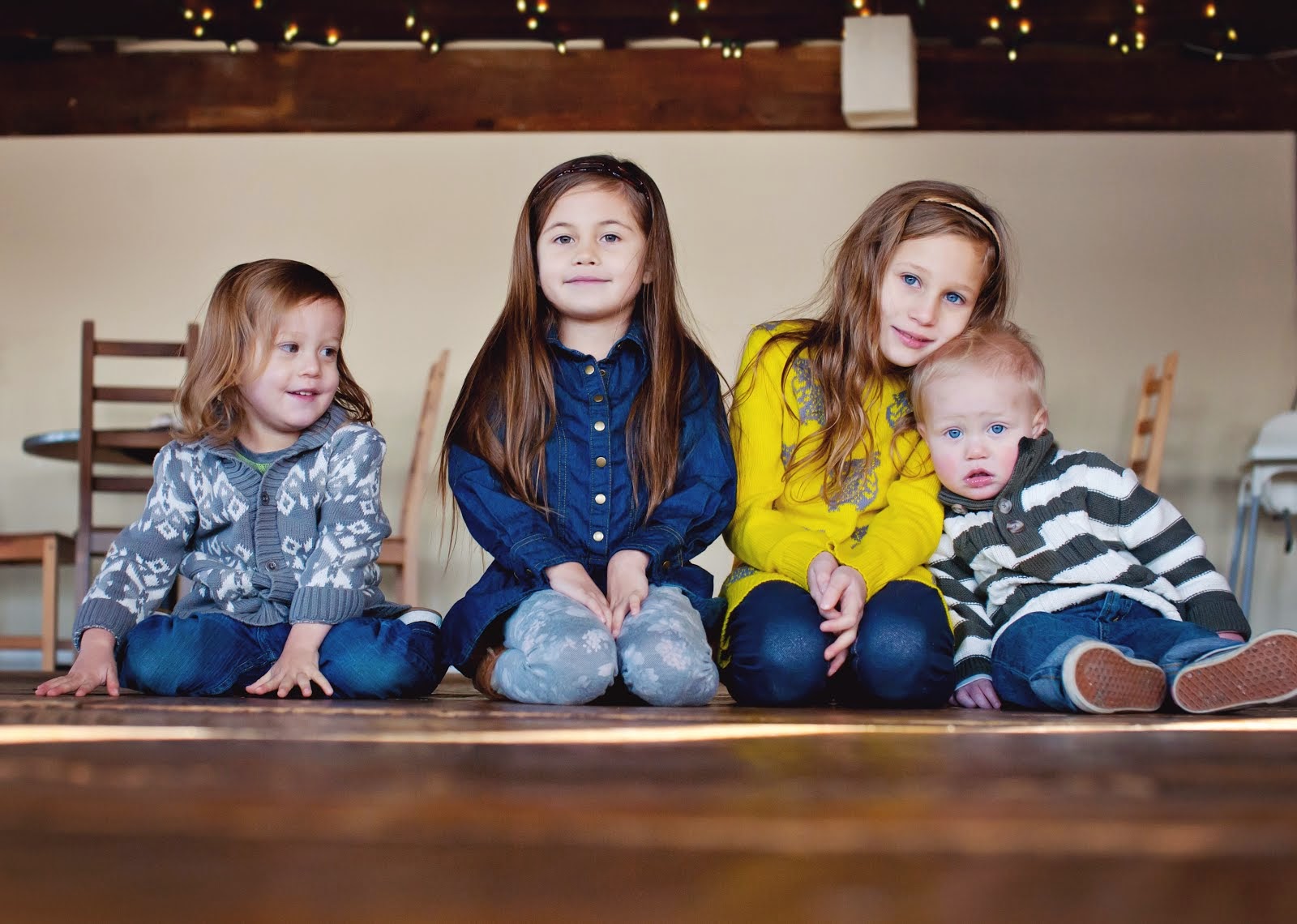 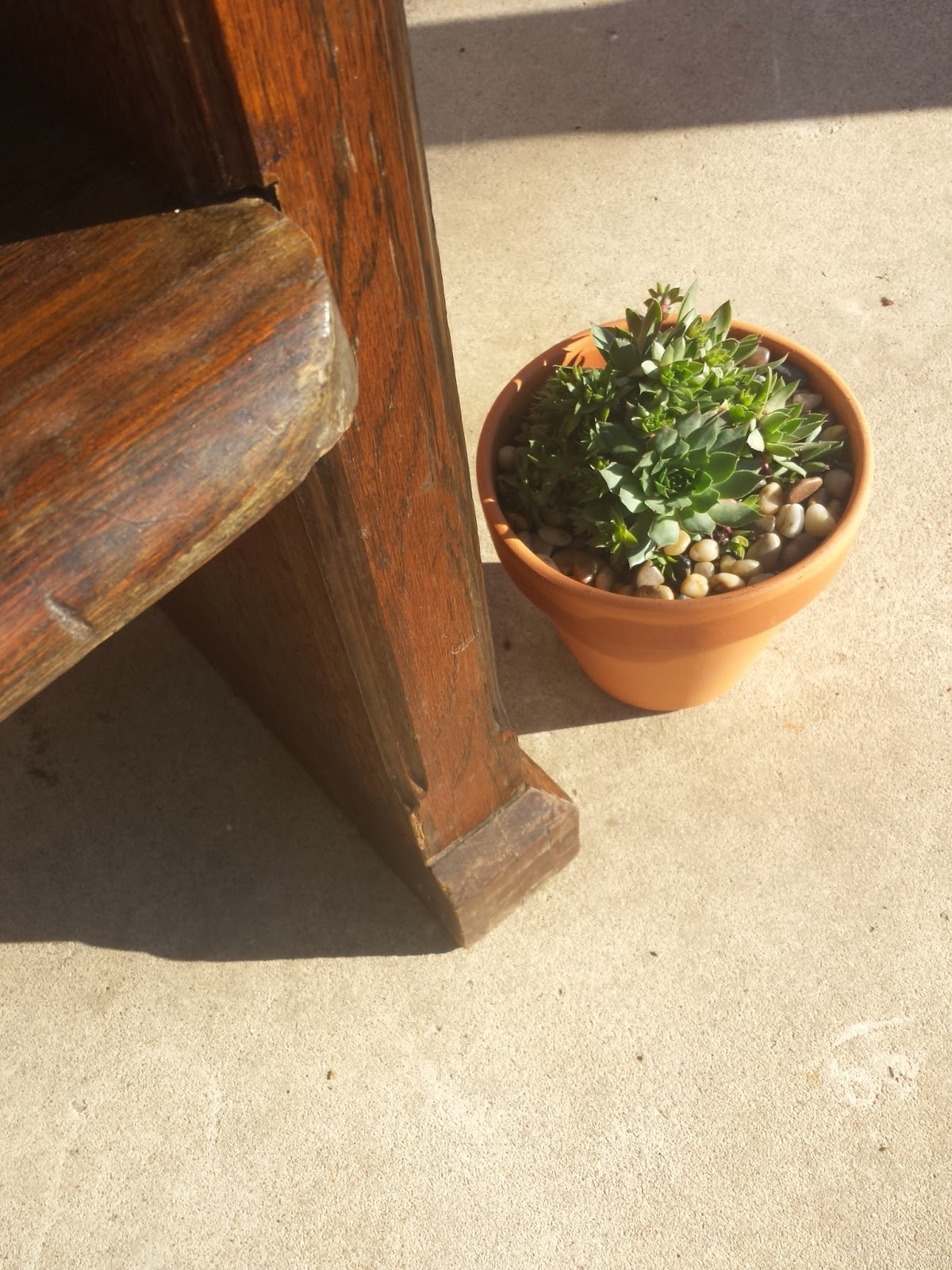 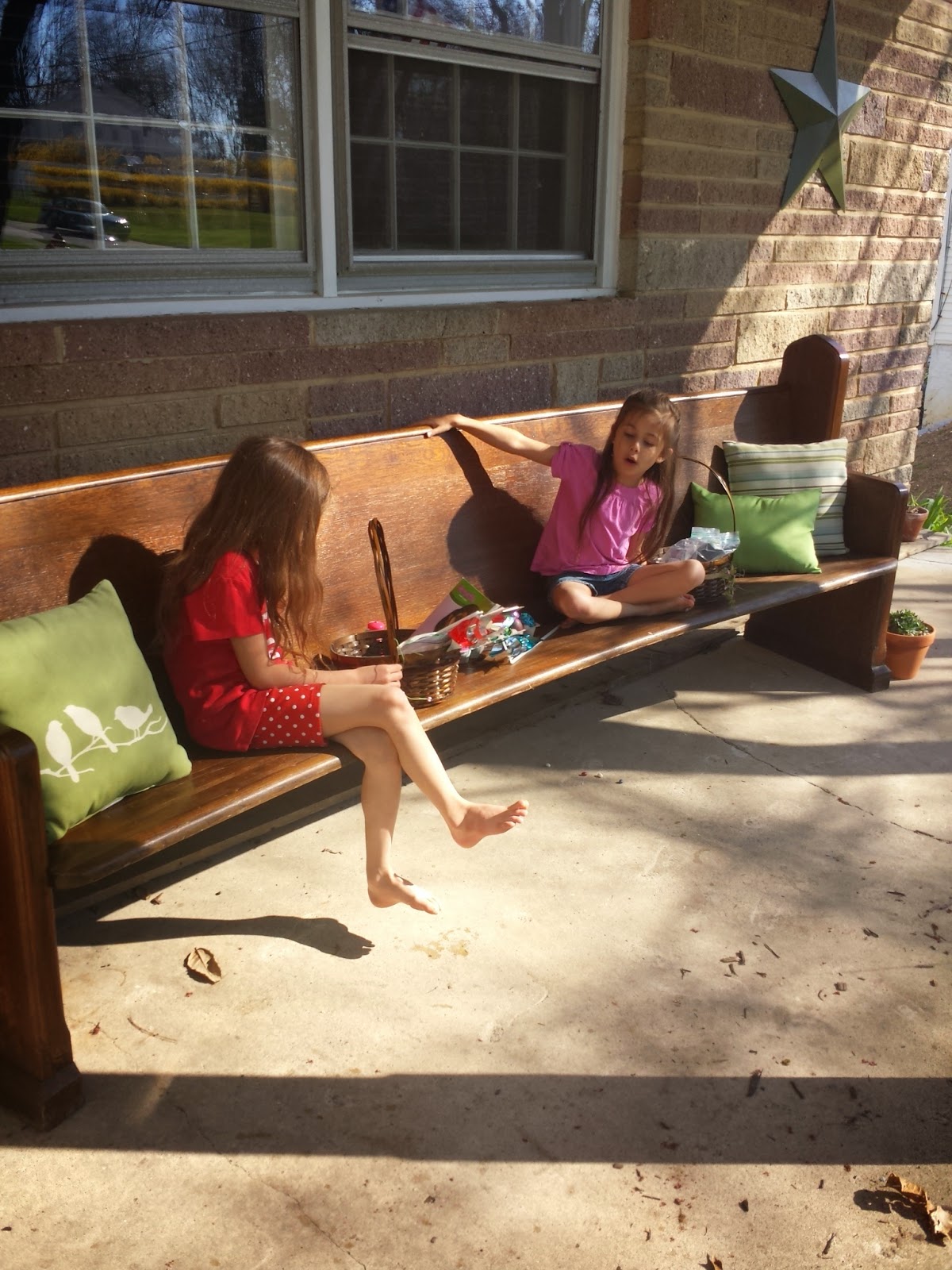 My lovely ladies.
Posted by The Montgomerys at 10:18 PM 2 comments: 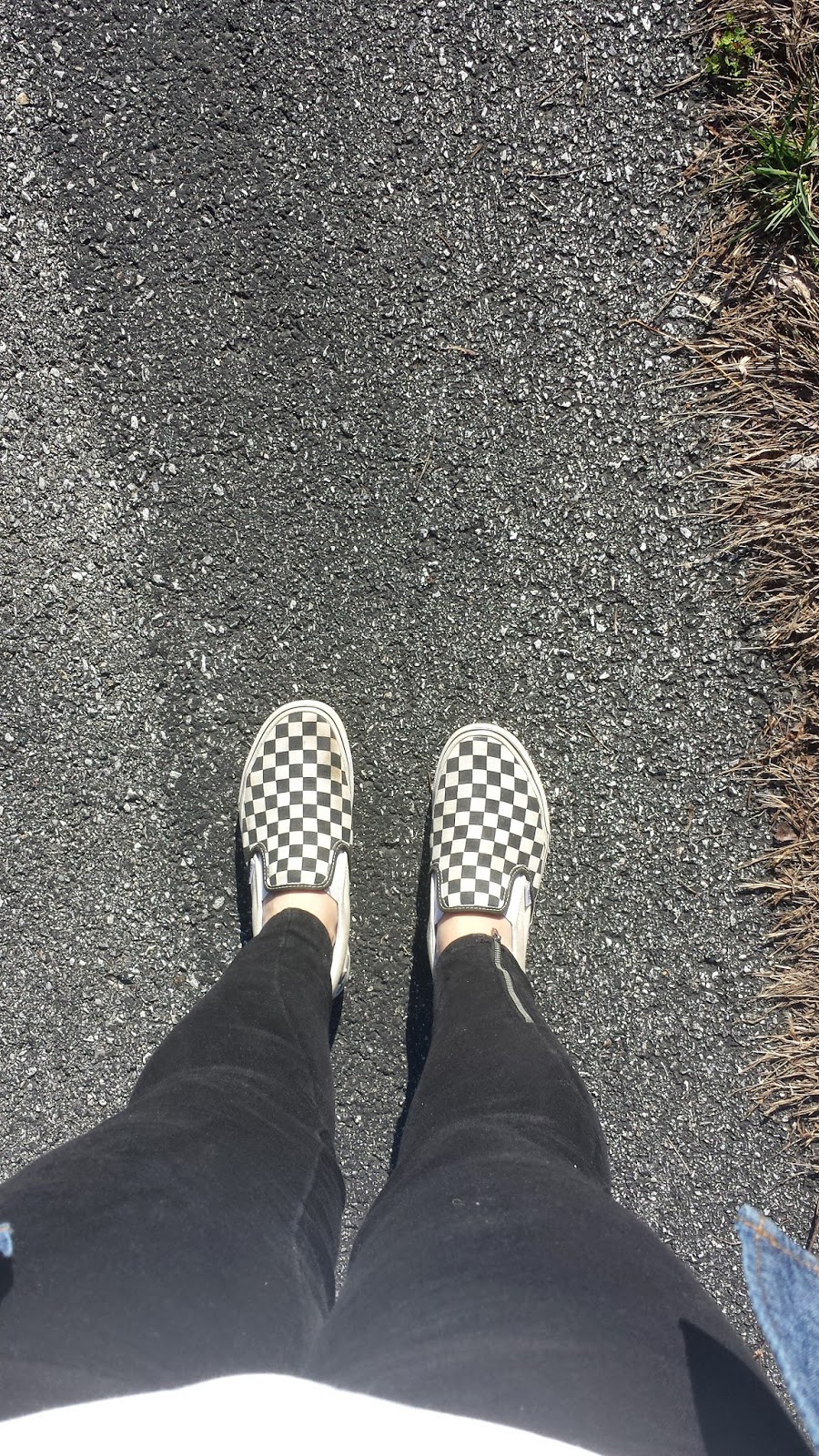 I started walking this week.  Not "getting my fitness on" or anything of that nature. Not to lose weight {even though Lord knows that is necessary}, but for sanity purposes.  It seems to clear my mind,  I can think differently than I would from my living room couch with the blinds closed. That's another reason,  I started walking...I started walking to fight. To fight the possibility of giving up, because you can't possibly give up in the sunshine as you could in a dark room. I started walking because I know that sure the sunlight hurts, physically and emotionally now,  but it won't always.  So for the hope of climbing my way back to the living...I've been walking.
Posted by The Montgomerys at 7:44 AM 1 comment: 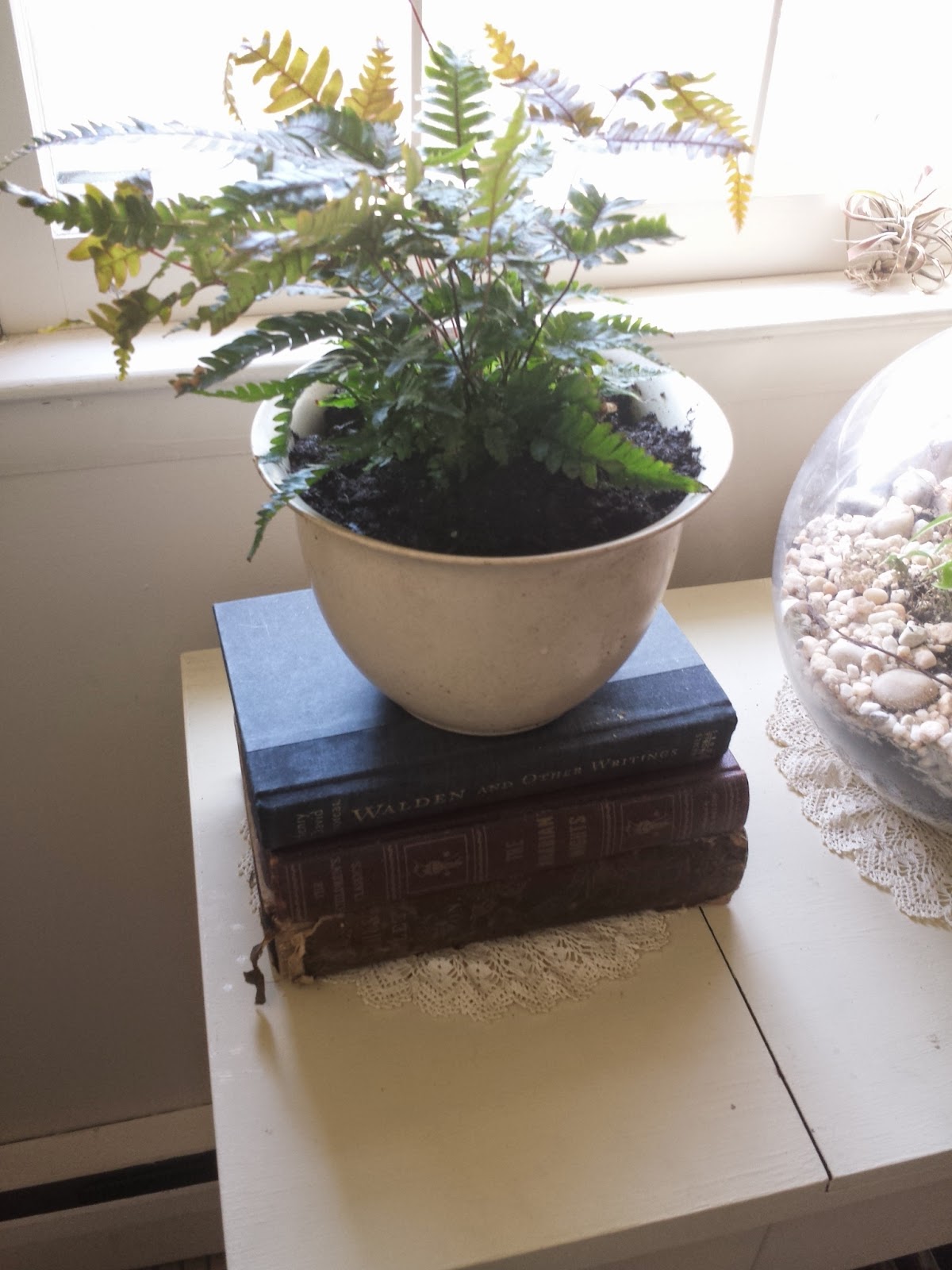 If a mother is mourning not for what she has lost but for what her dead child has lost, it is a comfort to believe that the child has not lost the end for which it was created. And it is a comfort to believe that she herself, "in losing her chief or only natural happiness, has not lost a greater thing, that she may still hope to "glorify God and enjoy Him forever." A comfort to the God-aimed, eternal spirit within her. But not to her motherhood. The specifically maternal happiness must be written off. Never, in any place or time, will she have her son on her knees, or bathe him, or tell him a story, or plan for his future, or see her grandchild.”
― C.S. Lewis, A Grief Observed
Posted by The Montgomerys at 2:00 PM No comments:

*****Note: I wrote this during a very emotional episode.  I am sorry about the anger. I woke up the next day and felt so ashamed of my anger. I decided to repost for my own healing purposes*****

I don't even know where to start. I have found myself once again down a dreaded road I never thought I would go down. After all, I have four beautiful children. I've gotten pregnant without trouble..... Probably too easily. As we've had more children we've gotten the most awesome comments from friends and strangers, "Wow!", "do you have a television??" or my favorite "Are you Amish now??" The way people reacted to our growing family always bothered me. It annoyed me. It made me ashamed. I guess I care about the opinions of others. Silly insecure me. So when we discovered we were pregnant with our fifth, my initial reaction was fear. Not fear of what having five kids would be like, but fear of what PEOPLE would say. Gosh I hate that. I hate myself for feeling that way. I want to go back and be ecstatic and thankful. I assumed it would be another routine pregnancy. I never for a second thought I would have a miscarriage. I never thought I would go for a routine ultrasound and see an empty gestational sac and have to endure a week of blood tests and another ultrasound confirming the worst...ending in leaving a hospital not with a beautiful baby but with an empty womb and a broken heart. Never would I think I would be down this road again, nine months later only further along. I mean I had a photo, it says "baby" on it. I saw that little heart beating. I was told there was less than 5% chance of it stopping. It stopped. My baby died. I was a part of that 5%. 95% of women still had that heartbeat beating inside of them. This time I didn't care about what asinine things haters would or might say, I was excited. I was blessed. I realized how freaking blessed I was, fully realized how amazing my kids are, and how I was never entitled to have them without trouble and how that was a gift I didn't deserve but was given. I thought that was my lesson to learn. Don't know what purpose there is in all of this (and not open to suggestions either or for the revelation that this is God's will) I just know my heart is broken. I just know I'm mad it happened again. I'm mad at the crap people say, and how insensitive people can be. I'm mad at social media for making me feel like crap and for the freaking fabulous week everyone else is having. I'm livid that I will not be delivering my baby on October 25th. I'm mad that my prayers weren't answered and if any one refers to my baby as "tissue" again I will kick them in the balls, even if its a woman and she doesn't have balls. I am not sorry for being angry and if I've learned anything....I do not care what anyone thinks about that.
Posted by The Montgomerys at 3:14 PM 6 comments: 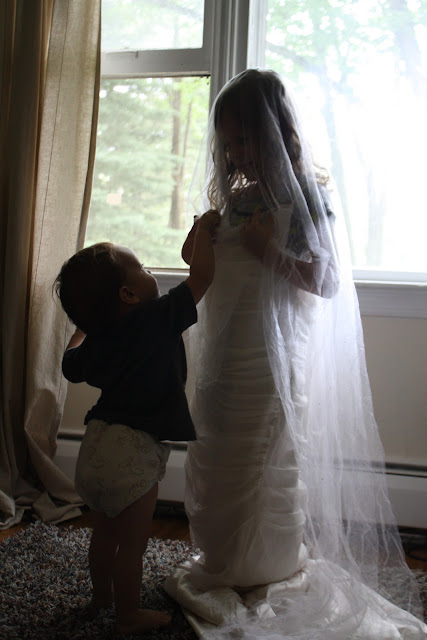 I love this picture. I came across it recently while going through our photos. I had forgotten about it. It was a day this past summer when I let Hazel wear my wedding dress. I think it kind of made her day, maybe even her week.
Posted by The Montgomerys at 11:00 AM 23 comments:

I purchased this fabric, Oh, probably about two years ago. I intended to do something with it, but didn't. So this year, for Saint Patrick's day (I figured there was a little bit of green on the fabric), I decided to sew some simple little skirts for the girls. The girls were excited; getting involved in the measuring and design of the skirts was a new/fun thing for them! Hazel asked for a pocket, Jade wanted it plain. The had fun twirling in the backyard and being girls...in their new skirts! 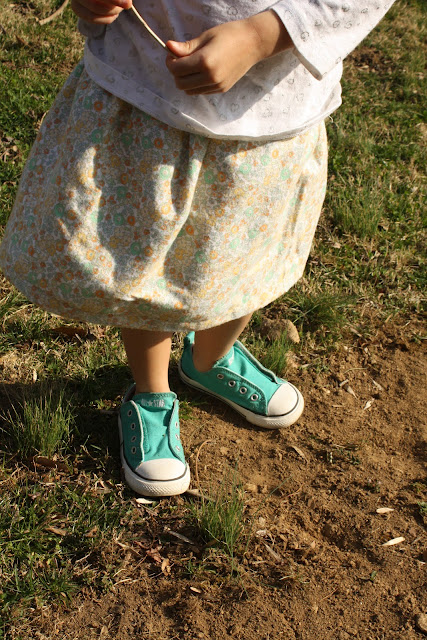 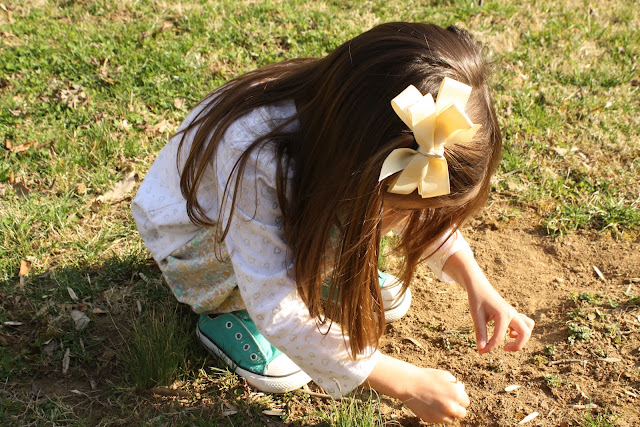 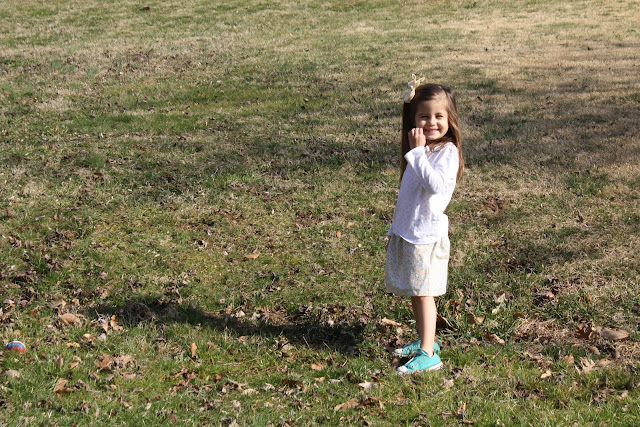 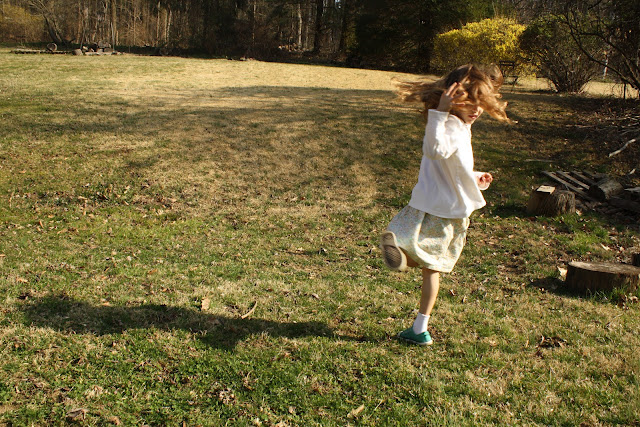 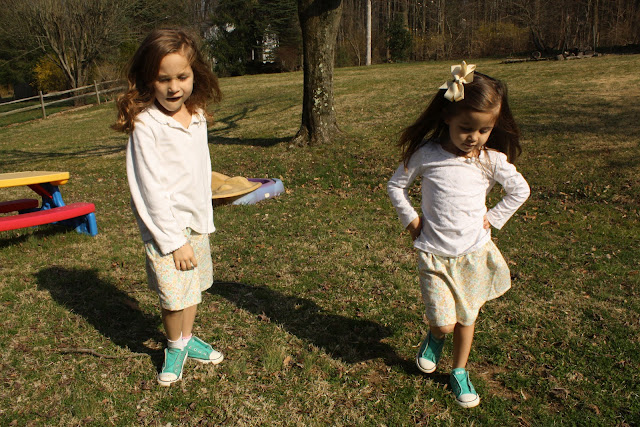 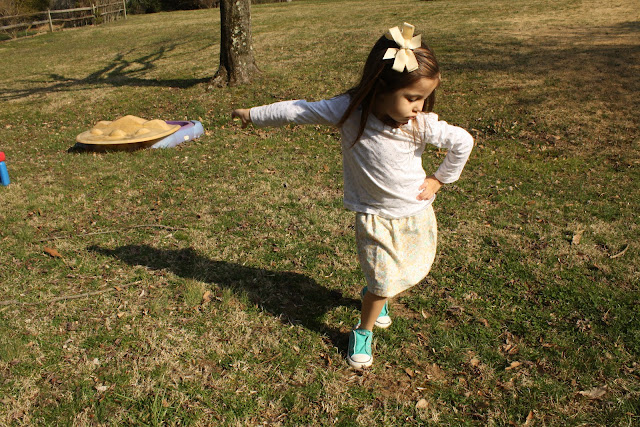 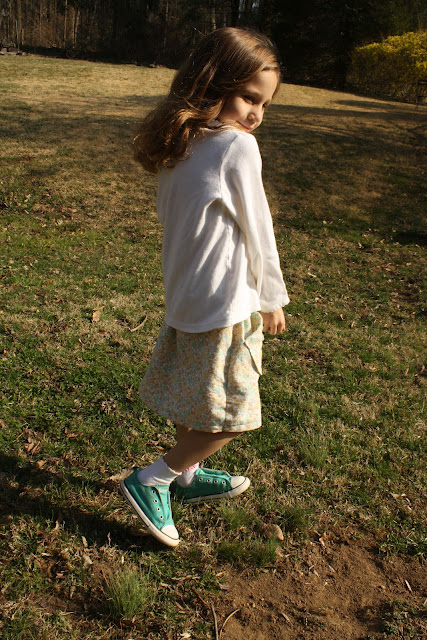 Love,
Mon
Posted by The Montgomerys at 5:04 AM 8 comments: 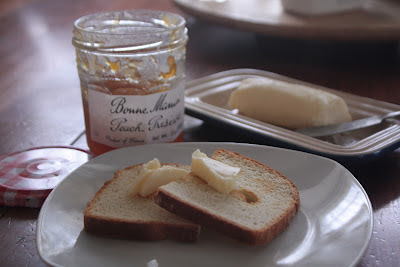 A new thing that our family is beginning to do, is make our own butter. We buy our milk and eggs at a local farm and after a conversation with the farmer...I ordered some cream from him...and tried my hand at making butter! It came out wonderfully! I have since ordered more cream and have made 1lb of butter (which I measured into 1/2 cup molds and are in the freezer) and plan to make more, soon!! It really is so easy!
We had our first taste of our butter at breakfast with toast from freshly made bread, and everyone was pleased!! So hooray for butter!!!
Love,
Mon
Posted by The Montgomerys at 10:24 AM 9 comments: 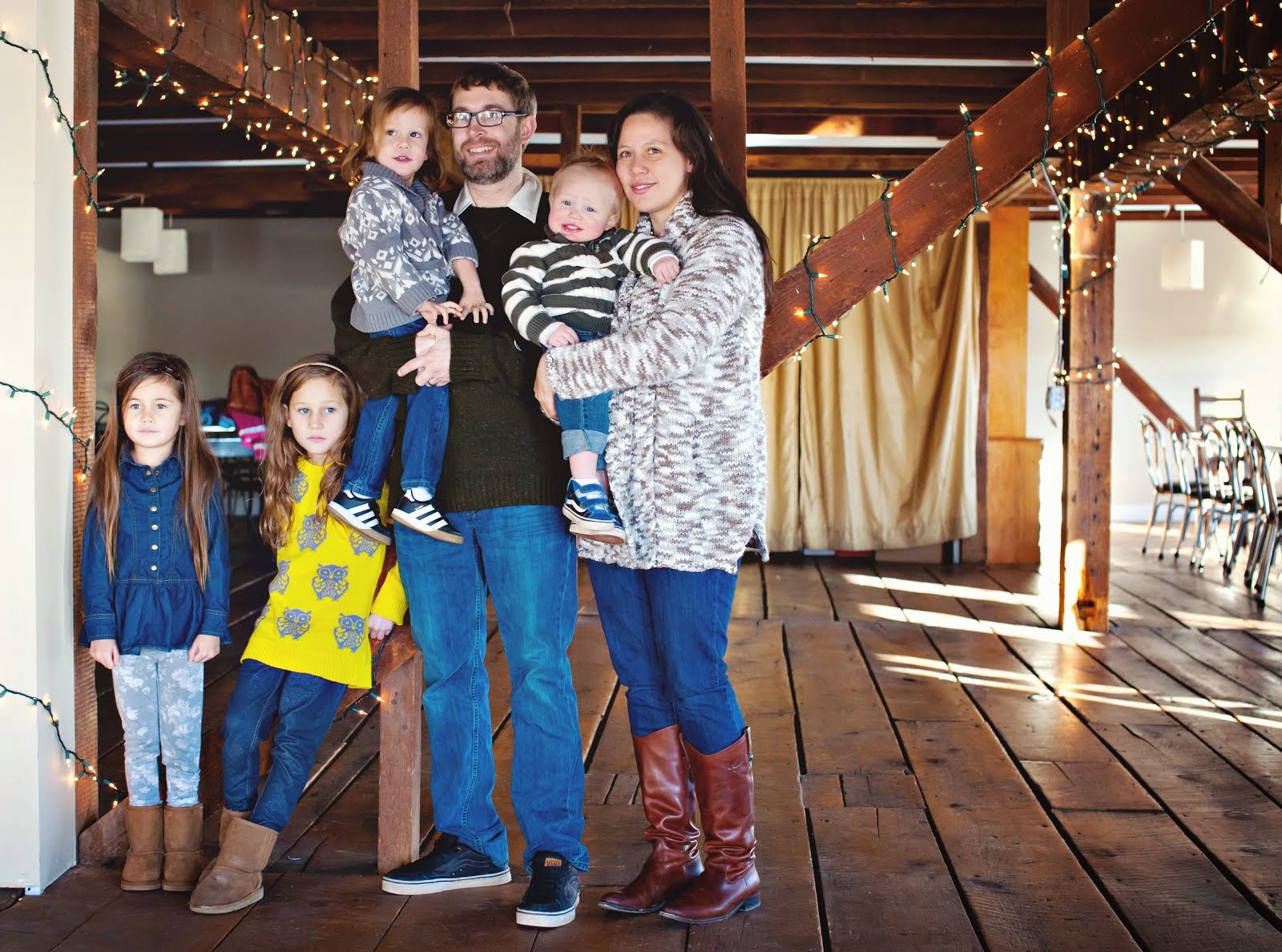 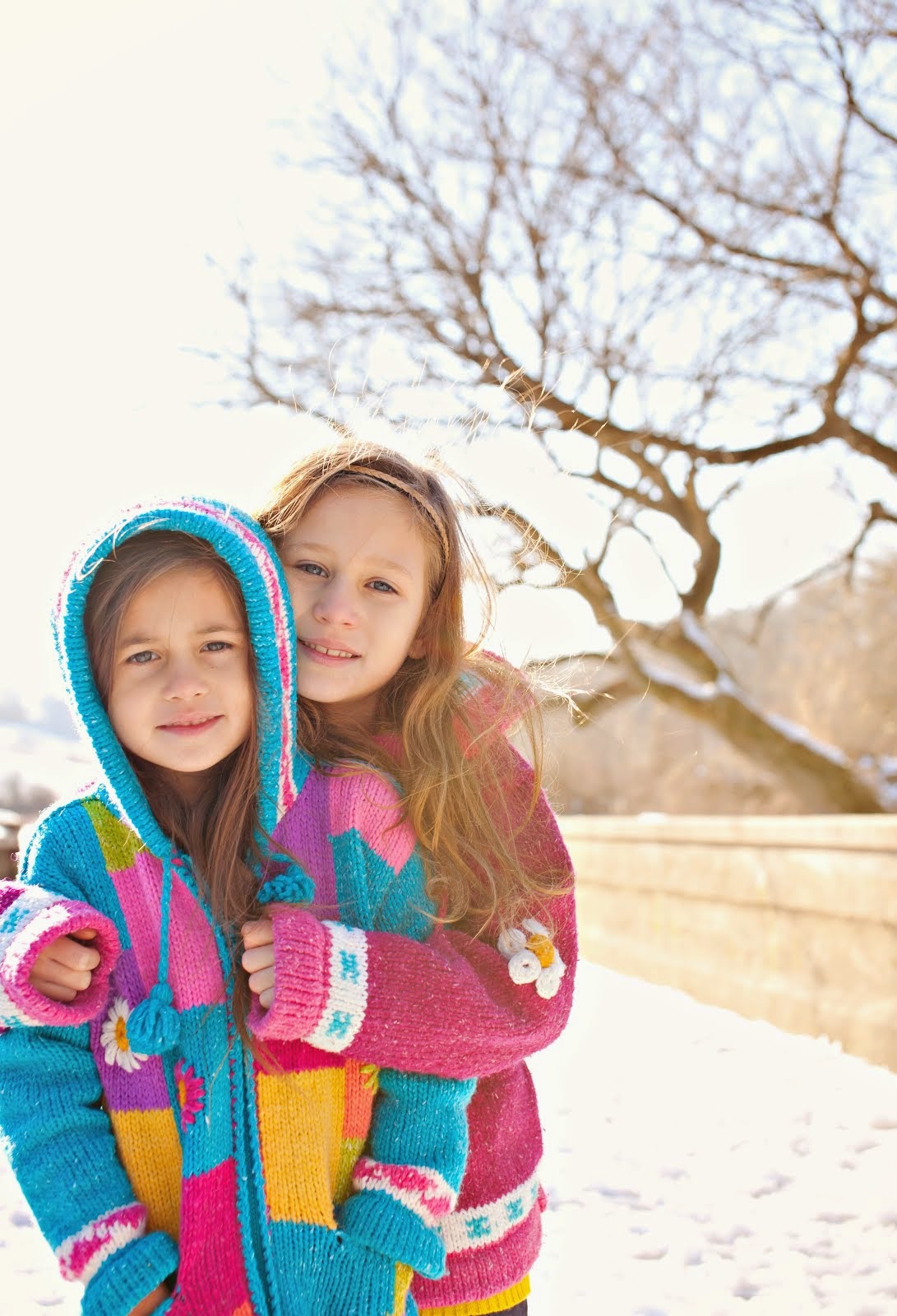 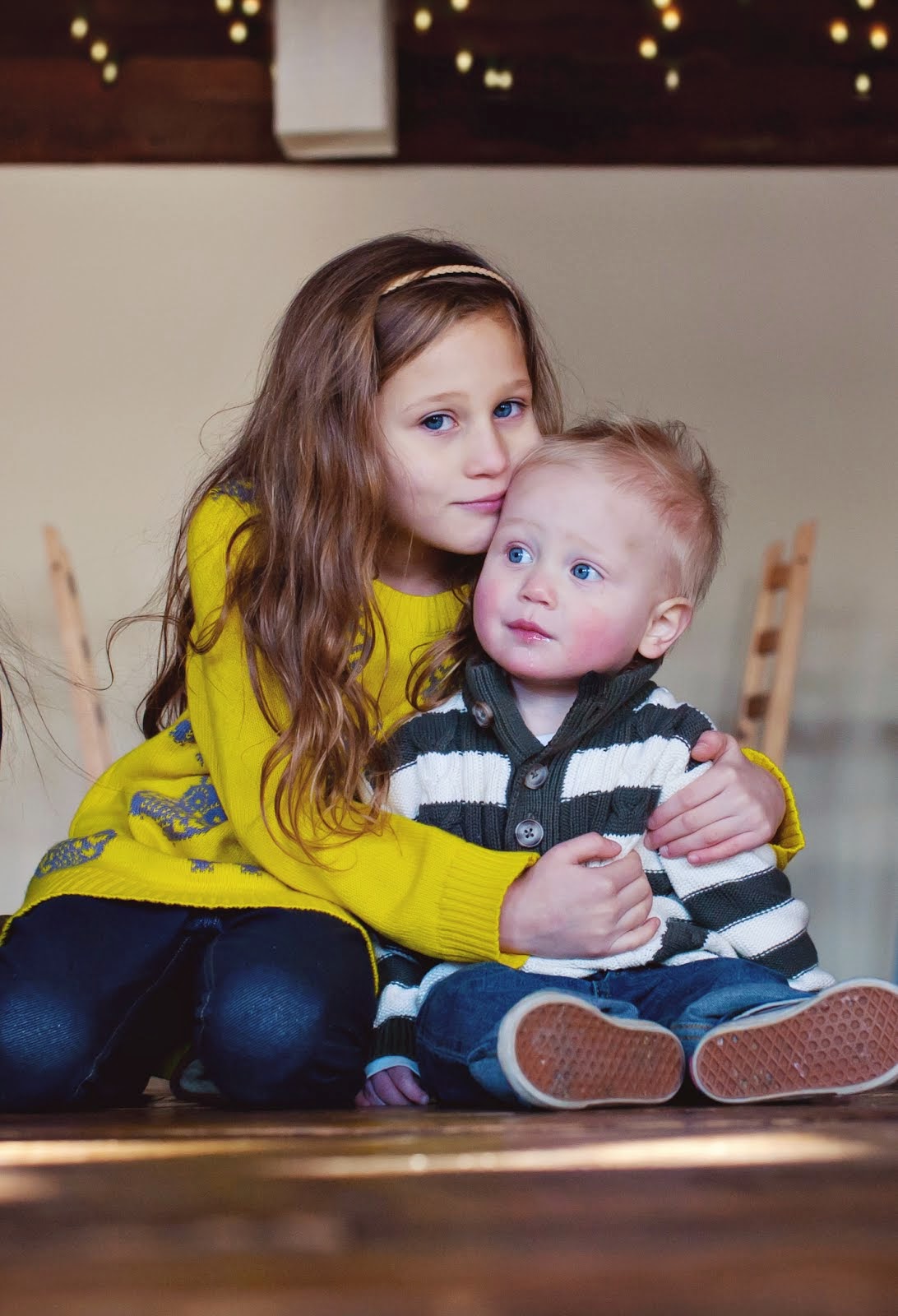